The winter season is officially upon us, as i woke to Shakin’ Stevens belting out ‘Merry Christmas Everyone’ on my radio alarm this morning. This season does bring out merriment yet also a sense of dread, as i face the impending doom that is the knowledge that i will go to my nearest shopping centre to purchase many ‘meaningful’ gifts. Saying this, I will not turn to on-line shopping as it does not feel ‘christmassy’. I’m a living contradiction. 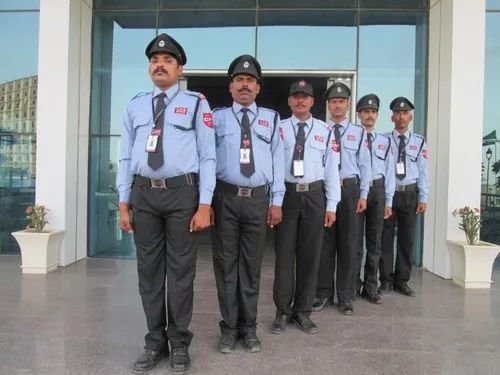 With my mind made up I will arm myself with an abundance of credit and debit cards and delve into the depths of shopping frenzy amongst hundreds, if not thousands, of other shoppers with similar objectives. Retail outlets have got it all figured out, with persuasive architecture in place to aid the shopping experience. The layout is spot on, with fragrances blossomed around the store along with an eclectic feel due to the charming Christmas parodies being echoed around the store. The entrances of the store seem more enticing with great displays, and I even find the security guard services bearable, as even they seem more cheery despite probably being in their busiest time of year. When i earlier mentioned being a ‘living contradiction’, there is another security hire London example. During a time of economic uncertainty, of course the security guards are going to be cheery seeing as they are in work with many friendly folk surrounding them. There is the flip-side of the retail security coin as for many, this Christmas will be a tight time and the thought of theft is a serious option.

Since the pronouncement of the global recession, retail crime has risen quite dramatically, and it is on record from the Centre of Retail Research that the cost of crime has risen to over £4. 8 billion for the first time. As a store owner myself, this figure is alarming and I have encountered instances in which I’ve has to search for a manned guarding company to bolster my stores security. My store is not positioned on the high street so doesn’t have the same through-flow traffic to that of many retail stores, yet, the products in my store are all high-involvement purchases and are not cheap. So, if they were taken from me, I’d be a little annoyed, and I’d only have myself to blame for not investing in a number of security services. I’ve looked into a variety of services on offer, yet I am undecided about the effectiveness of CCTV at night, as the thieves will disguise themselves and there is no real fear of the cameras anymore. Mobile patrol seems a serious option, making sure there are no suspicious characters hanging outside.

In working hours, I am considering having part-time security guard services guarding the entrance at peak times. I have figured that crime is most likely at the busiest times when there are many shoppers in store. Anything to stop those cheeky rascals taking my stock! At the end of the day, I need to sell the stock to be able to afford Christmas myself and help the economy to grow.